The Indian Classical Music Circle of Austin (ICMCA) is Austin’s premier organization for the promotion of Indian classical arts in the Central Texas area. Founded in 1991, ICMCA has, in its 28-year history, conducted 200+ concerts in Austin, with cumulative attendance at events exceeding 50,000 to date.

We are a tax-exempt 501 (c)(3) non-profit organization with deep roots in Austin: we serve our community by expanding the artistic and cultural landscape of the ‘Live Music Capital of the World’.

The Indian Classical Music Circle of Austin (ICMCA) a Non-Profit 501©(3) organization, was founded first in 1975, and then revived again in 1991 by music-lovers in Austin, TX, with the mission of bringing the very best of Indian classical music and dance to Central Texas. Since 1991, ICMCA has organized 200+ concerts in Austin, with cumulative attendance at events exceeding 50,000.

Our performers are typically Indian classical musicians/dancers touring the US. In addition to these concerts, we also occasionally feature chamber-music events that are free and open to the public. We often conduct free lecture demonstrations/workshops for the public before our concerts or on the day of the concert some 30 minutes before the formal start.

ICMCA strives hard to be able to present the best of global artistry to under-served audiences as well. In this regard, we approach senior citizens and recreation centers (run by the City of Austin) who have expressed an interest in attending select events that have an appeal to them. We also work with several local non-profits who are also dedicated to classical music to ensure that they approve of the artist and his music, and would support our concerts with publicity activities. In some cases, we have also proposed block sales of tickets for a steep discount which they may re-sell to their members at face value.

The community cross-section covered has also expanded in recent years, from South Asians, academics and Ravi Shankar fans, to the wider Austin/San Antonio dance communities and fans of live (not just classical) music. 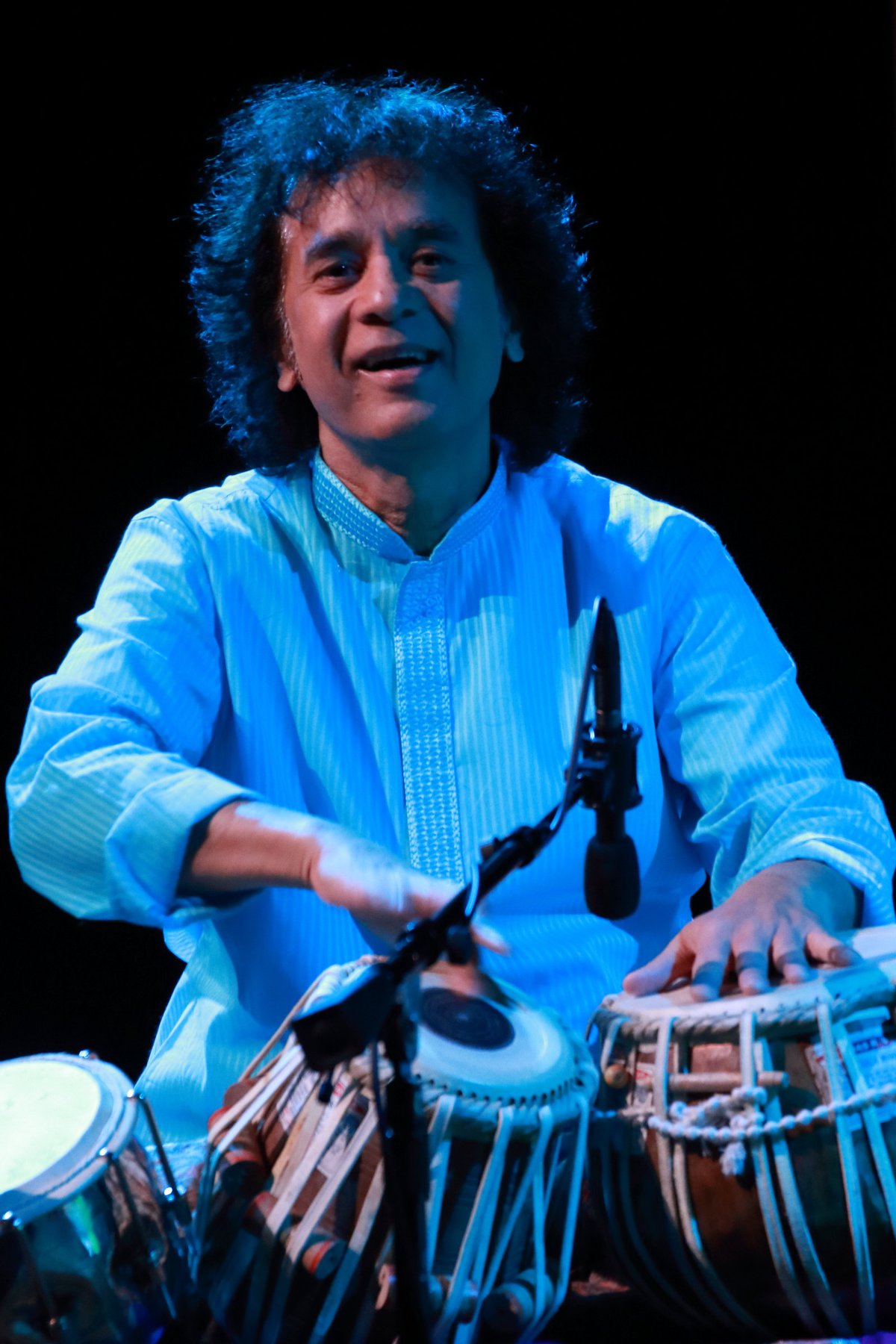 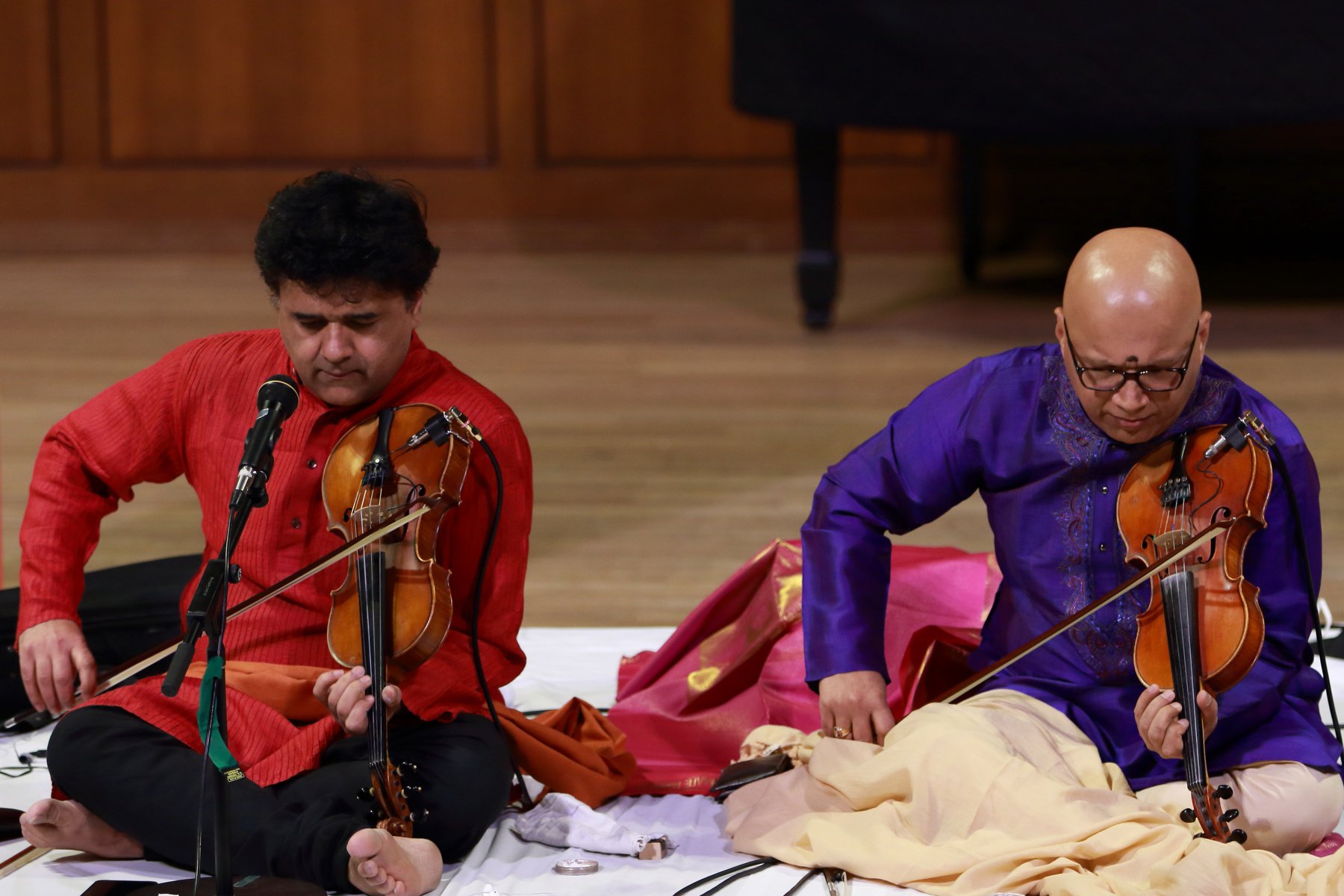 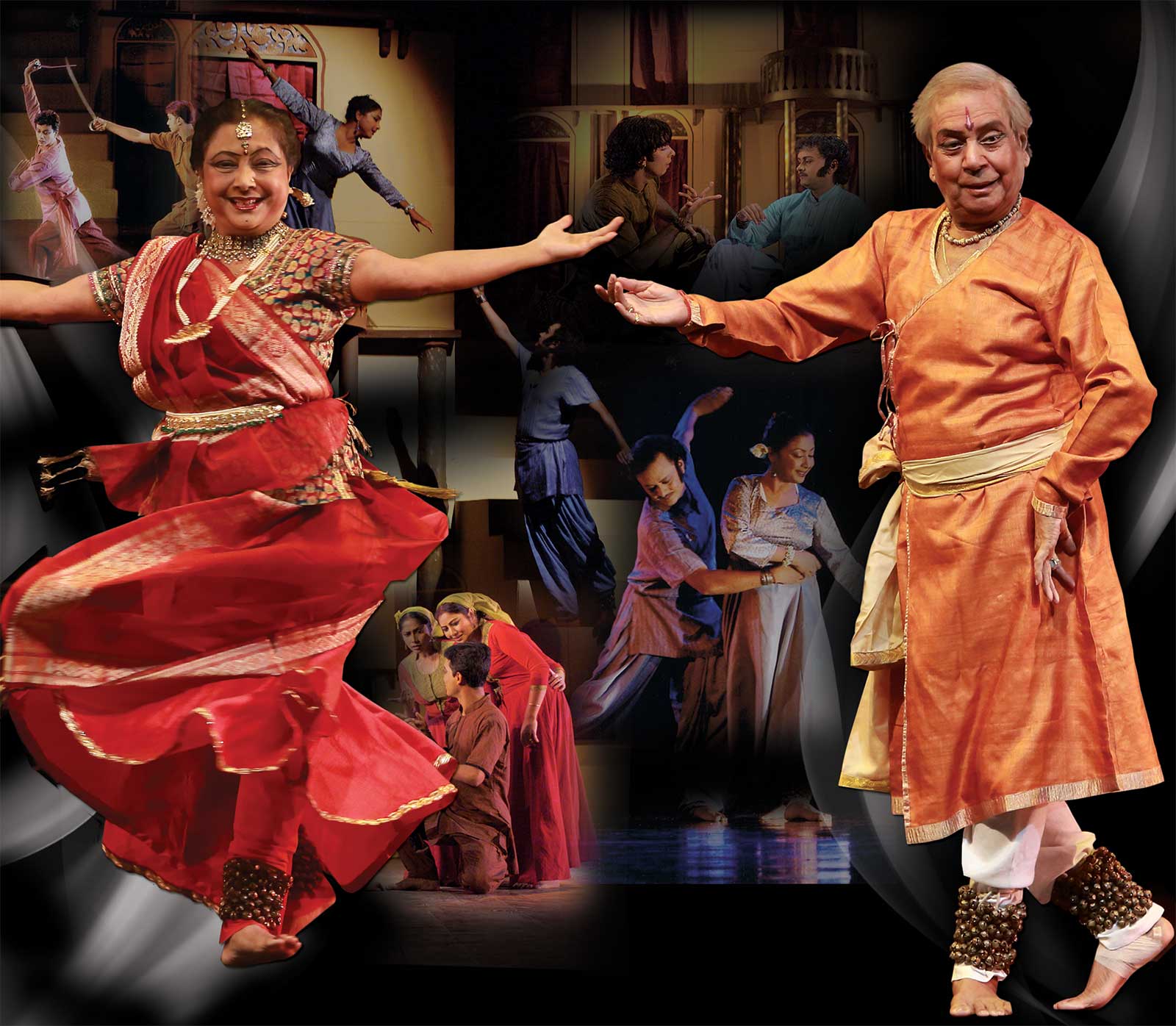 ICMCA is run by an annually elected, all-volunteer board, with membership dues as the base financing our events. Adding in non-member ticket sales, we have always broken even on an annual basis. In 2001, we applied for and were granted tax-exempt status by the IRS under Section 501©(3). Since 1999, we have expanded the number of our events each year from 4 to 6 (2001, 2002) to 8 (2003 – 07) to a high of 11 events in 2010. After not raising our membership rates in the last five years, we initiated a 20% increase in our membership dues in 2008, and hosted nine events that year. That said, most of the increase in our funds have historically come from increasing the membership base from about 100 individuals (1999) to over 300 (2004), through donations from members and well-wishers, through matching contributions from local corporations such as Dell, IBM and AMD, and through grants from the City of Austin and the Mid-west Arts Alliance (2004 – 07). Most of the ICMCA programs are also co-sponsored by the Center of Asian Studies, University of Texas at Austin.

Since 1999, we have expanded the number of our events each year from 4 to 6 to 8. Our annual budget has also doubled, even as the scope of our events has increased. What is noteworthy, however, is what does not show up in our budget, namely the thousands of hours (and dollars) spent by volunteers on activities such as boarding/lodging for artists, transportation, and so on (never billed to ICMCA or claimed as Tax deductions).

Indeed, the budgeting requirements of the City of Austin have presented us with an opportunity to finally tally and enumerate how much time and effort is spent gratis by our volunteers as a labor of love for Indian Classical Music. Starting 2006, we have expanded our pool of volunteers to include a whole network of online friends of ICMCA who help us with writing press releases, creating brochures, posting events on online websites, etc. This has allowed us to tap into a resource pool that we previously did not leverage, namely the goodwill of several people who want to help non-profits fulfill their mission, even when they themselves do not even live in Central Texas. 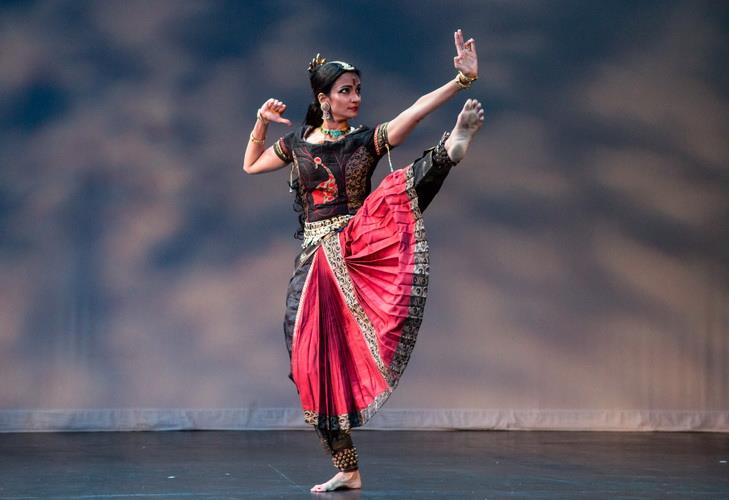 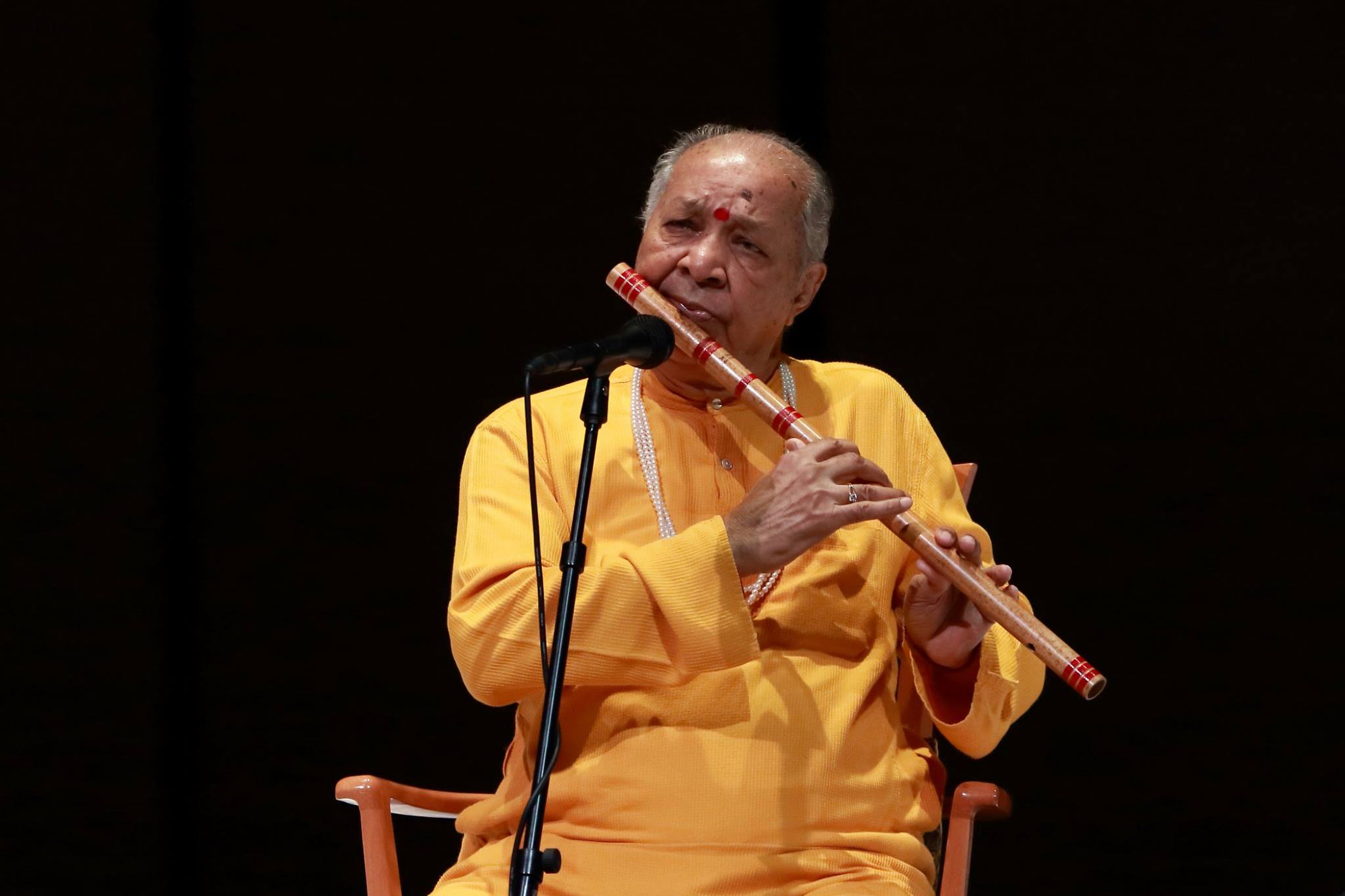 Our audience is, broadly defined, all music-lovers in Central Texas, and particularly, aficionados of Indian classical music and dance (thanks to ICMCA, a growing community). ICMCA’s founders were a cross-section of music-lovers in Austin, combining both people of Indian origin AND others with an interest in bringing Indian arts to Central Texas. For obvious geographic reasons, most Indians proficient in Indian classical music and dance live and practice their art in India. ICMCA, by bringing together those with an interest in these art forms and in exposing other music-lovers in Austin to them, thus fills a vital gap in Austin’s cultural mosaic.

Starting from less than 50-60 attendees per concert in 1991 (mostly hard-core fans of Indian music and dance), our base now covers over 1000 individuals, casual fans included, with attendance peaking at 600 for our blockbuster events, of which we do approximately 1-2 every year:

The community cross-section covered has also expanded, from South Asians and Ravi Shankar fans, to the wider Austin/San Antonio dance communities and fans of live music. 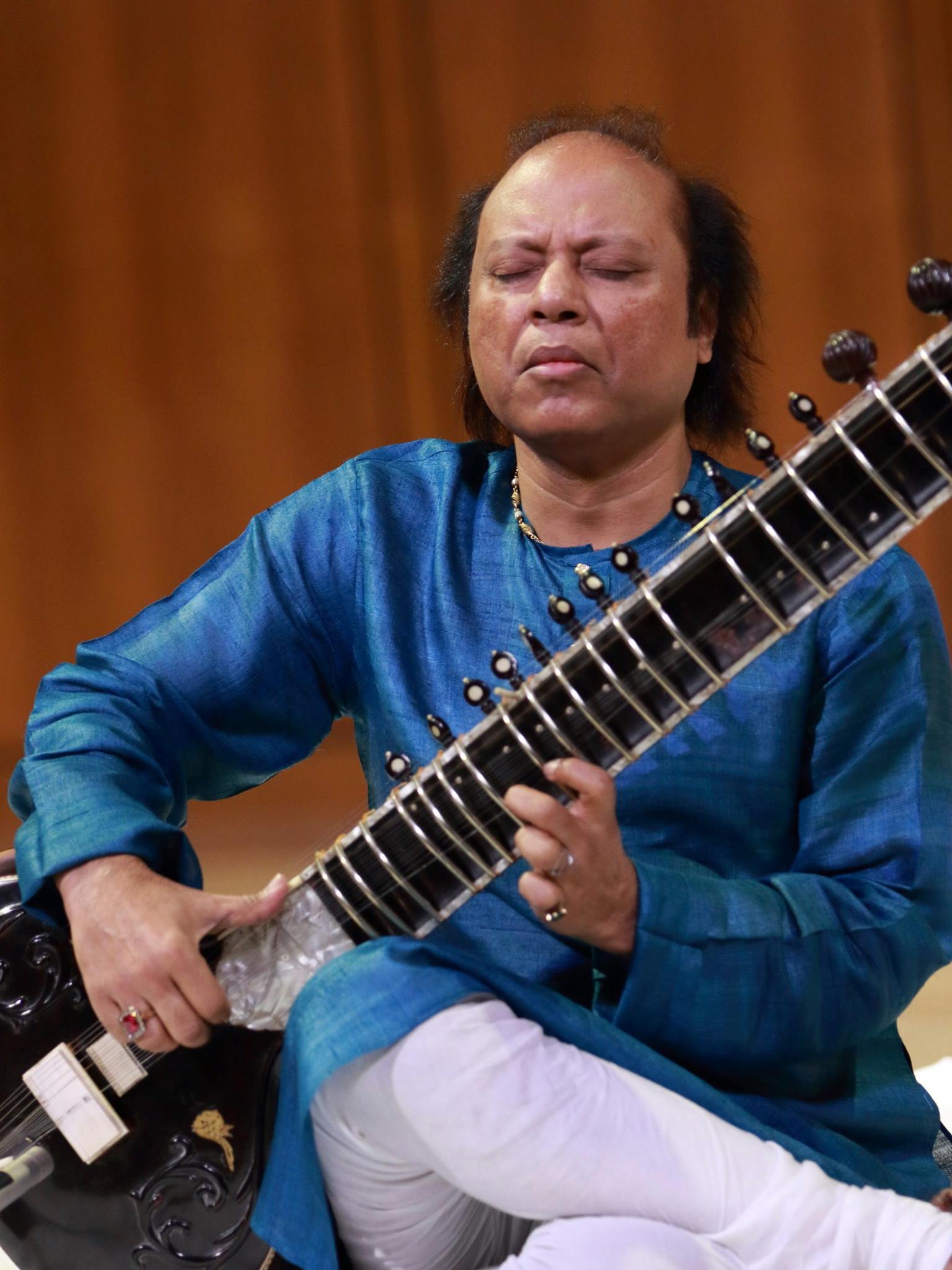 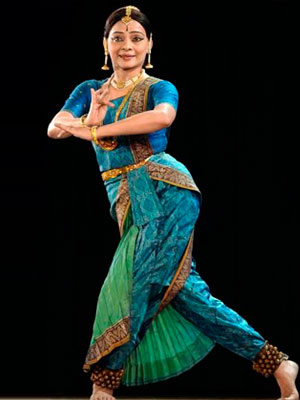 We work very hard to get the word out to the community. We use a variety of ways to reach our audience, both on the ground, where we post flyers and posters at around 80 locales around Austin where music-lovers are known to congregate, and online in the websites of all local newspapers (not just the Statesman and the Chronicle, but also all community newspapers and gazettes, outreach to local classical music, outreach to professors of music at the University of Texas and Texas State University) and on the air (PSAs in KUT 90.5 FM – NPR affiliate). Our events are regularly in the Statesman’s Best Bets and on KUT’s Eklektikos. We also have been given the opportunity to advertise in the Statesman’s Community Calendar on Sundays, and secured on-air interviews for some of our performers on KUT. This has contributed immeasurably to extending our audience base, as more and more Austinites hear of us and come to attend our events.

We have worked with several local non-profits who are also dedicated to classical music to ensure that they approve of the artist and the music, and would support the concert with publicity activities. These organizations include Sangeet Millenium, Austin Thyagaraja Samiti, Naadasudha (student organization at the University of Texas) and Austin Dance India (a local school dedicated to promoting Indian Dance).

We recently became a member of Austin Circle of Theatres, which acts as an umbrella for several arts organizations in Austin. With this membership, we hope to get exposure at the Austin Visitor’s Bureau, which is one of the sources of arts listings in Austin, both for locals and for tourists. We are also interested in attracting senior citizens to become a part of our concerts. To further that intent, we met with and obtained permission from the Directors of the Austin’s three Senior Activity centers and over 15 Recreation Centers (run by the City of Austin) to place posters on their activities notice boards. We offer a 50%; discount to seniors, and have proposed to these centers that we would be willing to sell them blocks of tickets for an additional discount. Lastly, we are also working with two organizations VSA Arts of Texas, an organization that works with educational and arts organizations to make their events accessible to disabled citizens, and with Knowbility.org, an organization that makes technology accessible to the disabled, to make our programs accessible to the disabled. 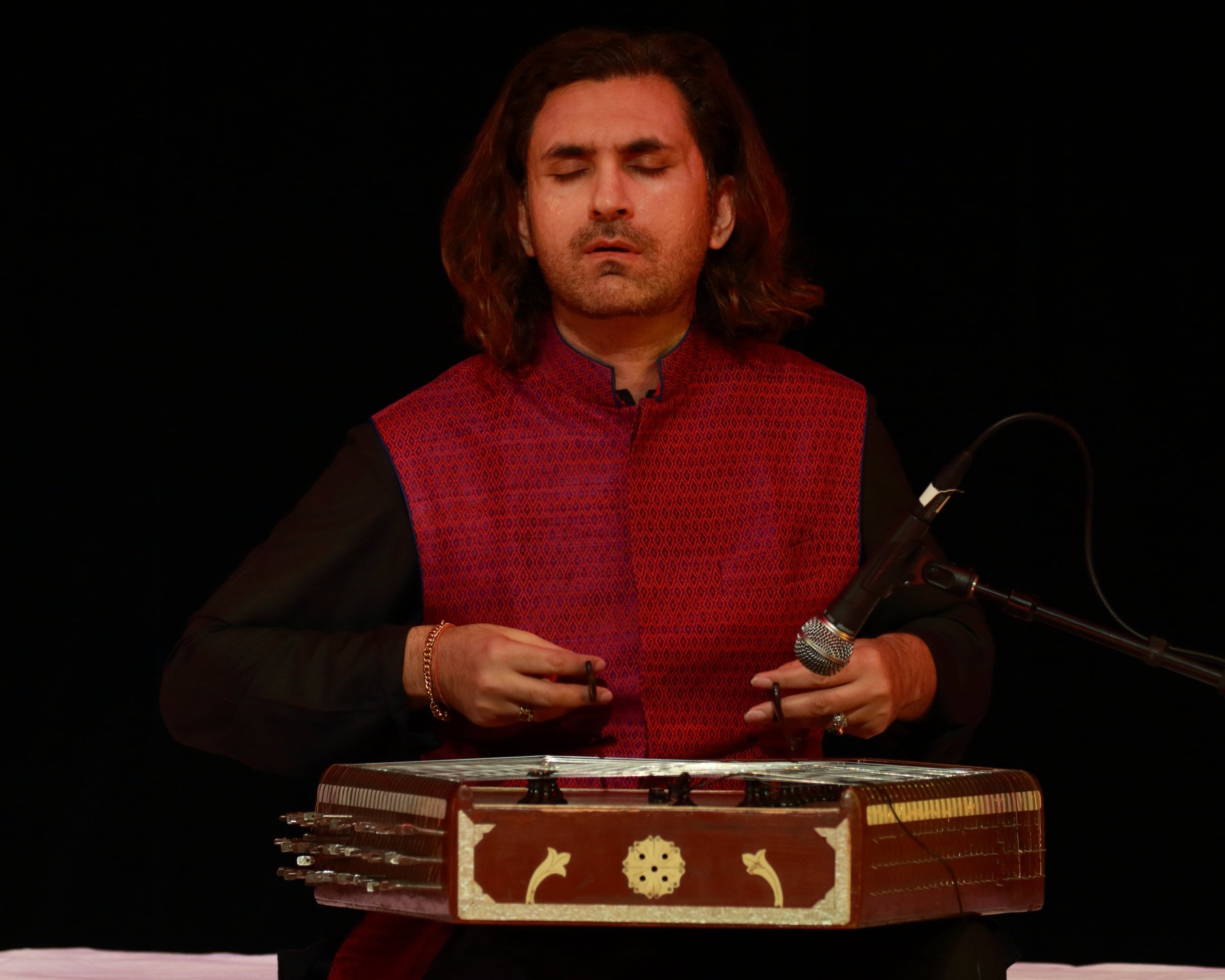 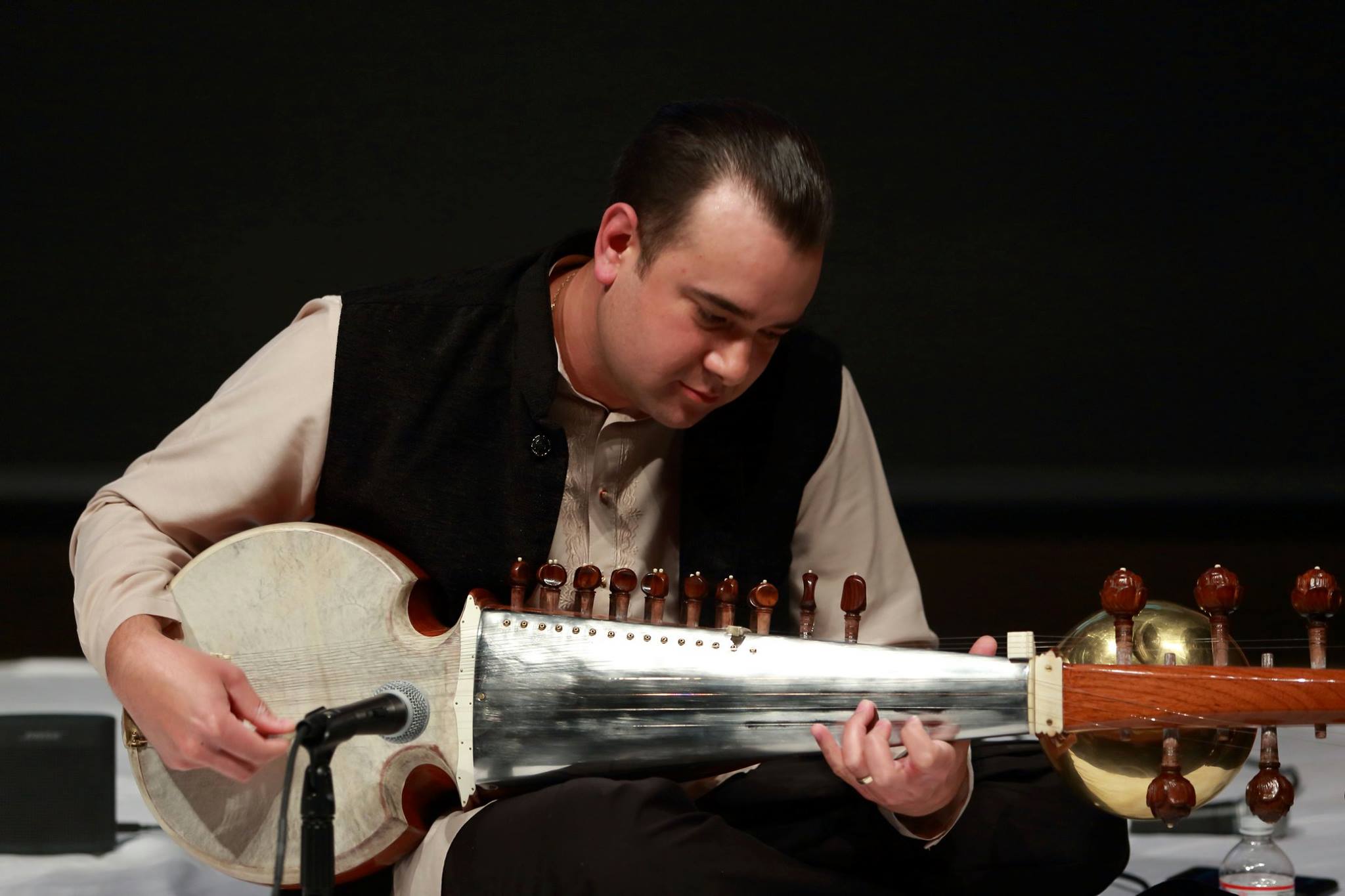 Prashant Manikal has been a volunteer with ICMCA since 2005. He has been an ICMCA Committee member since 2006. A native of Mumbai, India, he has learned to play the tabla from Pandit Sadanand Naimpally during his childhood. He is currently a disciple of tabla maestro Shri Gourisankarji in Austin at the School of Indian Percussion and Music. He works at IBM. His other passions include mountaineering, cross-country skiing and all things outdoors.

Niraja has been a patron and supporter of the Indian and Western classical arts for many years and served with ICMCA since 2015. Prior to ICMCA, Niraja was on the Board of the Ridgefield Music and Arts Center in Connecticut and has held positions in university-based organizations. Niraja was born into a musical family from the lineage of Shri. Harikesanallur Muthaiah Bhagavatar, an eminent composer and musicologist, 1887-1945. She received the Sangeeta Shiromani diploma in music from Delhi University. Niraja is an executive with Dell Technologies, and spends time with her family – traveling, cooking/eating, and running after their dog, Lara.

Ravi Saraf has been a volunteer for ICMCA from 2013. Earlier he was a member of the Society for the Promotion of Indian Classical Music and Culture amongst Youth (SPICMACAY) at Indian Institute of Technology Mumbai from 2000 to 2002. Born in a music loving family, with his grandmother a “kirtankar” and grandfather a Tabla player, Ravi was raised in various places in Maharashtra including Pune and Mumbai. He is a student of Hindustani flute, and took his initial lessons from Shri. H. B. Poddar of Gandharva Mahavidyalaya. Later he became a disciple of Pandit K. P. Shenoy, a veteran flutist of Kirana Gharana, from Bangalore. He has also taken guidance from well-known flutist Shri. Sunil Kant Gupta. Ravi works for Intel as a Silicon Architecture Engineer.

Subir Mukherjee has been with ICMCA’s committee since 2003. Subir was born in the US, but having been born in a musical family, Subir has always enjoyed listening to Indian Classical Music. In his spare time, Subir plays the tabla and is currently learning from Gourisankar Karmakar at the School of Indian Percussion and Music.

Ravi has been associated with ICMCA, providing photographic coverage of the events during the past few years. Though not trained in any art form, he has been a connoisseur of several arts, particularly music, since his childhood. And he has held various positions in organizations promoting art and culture since his student days.

Ravi works at Dell and during his free time, offers event and portrait photographic services in support of classical arts to many organizations and individuals in Austin.

Ashwin Kamath has been a volunteer for ICMCA for many years before officially joining the organization. He primarily manages the sound at performances. Ashwin is a Tabla disciple of Sri Gourisankar Karmakar and learns Hindustani on the Guitar from Sri Indrajit Banerjee. He has a keen interest in multiple forms of music ranging from Hindustani to Rock and Jazz and has been a member of multiple performing and composing music groups. He has been a member of the Technology Music Society at IIT Kharagpur when he was a student. He gets all of his musical genes from his mother Mrs. Geeta Kamath.

In his spare time, Ashwin is the CTO at Mangstor, Inc.